The Running of The Bulls

When Surf Fishing along the Gulf Coast, one of the most prized targets, is the Bull Redfish. Redfish or Red Drum, roam the beach front and will give you and your tackle a work out. Great sport to catch, they pull like a freight train and readily take a variety of baits and artificials. The Bull Redfish is a sexually mature fish of 27 inches or more. Redfish will typically reach this size at about 3 years of age.

What is a Bull Redfish?

Redfish or Red Drum (Sciaenops Ocellatus) are common along the Gulf and Atlantic coasts of the US. They frequent bays, estuaries and marshes as well as the beach front and offshore structure. In late summer through early fall, large mature (over 27 inches) fish head offshore to spawn near the mouths of passes. When the eggs hatch, tides carry the Juvenal fish into the bays where they will feed and grow.

Smaller fish are often called puppy drum, or rat reds, are found in bays and estuaries and even some river systems in brackish waters. At about 3 years of age they reach sexual maturity and about 27 inches in length, this is when they become Bull Reds. They then head offshore to spawn and complete the cycle. In both preparation for spawning, and recovering from it, Bull Redfish feed heavily.

Where to Fish for Bull Reds?

Bull Redfish migrate through passes into offshore waters in the fall. Fishing from Jetties or Piers near these passes is always a good choice. Along the Texas Gulf Coast, about this same time, the finger mullet migration is in full swing along the beach front. The Redfish, as well as several other species, will be chasing the schools of finger mullet looking for a meal.

Areas of the beach near passes, with deep guts and mullet present, are the prime places to set up. The action can get fast and furious. Bull Reds can get rather large, the record is 94 lbs. Fish in the 15 to 30 lb range are common and put up a great fight. Where you find one, there will be more. They typically run in schools that can be enormous. So many fish at times, the water will take on that rusty red color from all the fish present.

Bull Reds are not the best table fare as their flesh can get coarse and besides, these are the spawners. Best to do CPR (Catch Photograph Release) with these. The smaller 20 -27 inch “puppy drum”, on the other hand, are great on the dinner table and often can be caught while fishing for the larger bulls.

Large fish require stout tackle. Surf Fishing rods and reels, like most other types of fishing, are specialized for the fish and the environment. Medium heavy to heavy action rods in 10 -15 ft lengths, matched with large capacity casting or spinning reels are the order of the day. Remember, surf fishing you will be dealing with wave action and current as well as potentially large fish. If you would like more information on good Surf Fishing Rod and Reel Combos, check out my recent post here.

Terminal tackle of heavy 50-80 mono filament, or stainless wire leaders, coupled with large 7/0 circle hooks and spider/anchor weights are standard equipment. The longer rods and reels are necessary to cast large baits long distances as well as for fighting large fish. Bull Redfish can be caught on lures, and are a blast on trout tackle, but they can be rough on rods, reels, and drag systems. 😉

Bull Reds prefer natural bait however, so most fish are caught using a variety of live or dead natural baits. Redfish are opportunistic feeders and will eat anything from crabs, shrimp, and any other fish smaller than they are. Check out my post on Surf Fishing Rigs for more information on leaders and terminal tackle for Redfish.

During their fall migration, Big Bul Redfish are either getting ready to spawn, or have just finished spawning and they are hungry. Reds seem to have a craving for crab. A large Blue Crab, claws removed and cut in half, is one of the favorite baits for Big Redfish.

Live finger mullet comes in a close second to crab, maybe even first when the mullet migration is in full swing. Remember, when you can, always match the hatch. Next would be fresh cut mullet. A bloody and oily fish, cut mullet releases a good scent trail in the water drawing Reds, and other fish, from down current. Cut bait is easier to use and eliminates the need for aerators and bait tanks for live bait.

Shrimp is a favorite food of most every fish in the sea, and Redfish are no different. Large live shrimp, and fresh dead shrimp will catch Bull Redfish. When using shrimp however, you will attract a lot of non target species and bait thieves. Cut Whiting, Lady fish, as well as Pinfish and Croaker will all catch Bull Redfish as well.

The local bait/tackle shops and online message boards and forums will give you a heads up on what is working at your fishing destination. You can also check out my post on the best baits for Surf Fishing here.

Grab some Bait and Go Fishing!

You can’t catch em if you ain’t fishin for em. Load up your gear and find you a good beach or jetty near a pass. Check with the locals, get some fresh bait and get your lines in the water. The “Running of the Bulls” has a whole different meaning along the beach front.

You’ll have a blast, and come home with sore arms and a lifetime of memories. Most likely, you will encounter some other fish as well. Speckled Trout, Spanish Mackerel, and of course, a few sharks will be chasing those same schools of mullet along with the Redfish. All of which make for a great fish fry.;)

That’s one of the great things about Surf Fishing, you never know what might grab your line. Always remember: be safe, be courteous, enjoy the journey, and please leave it cleaner than you found it. 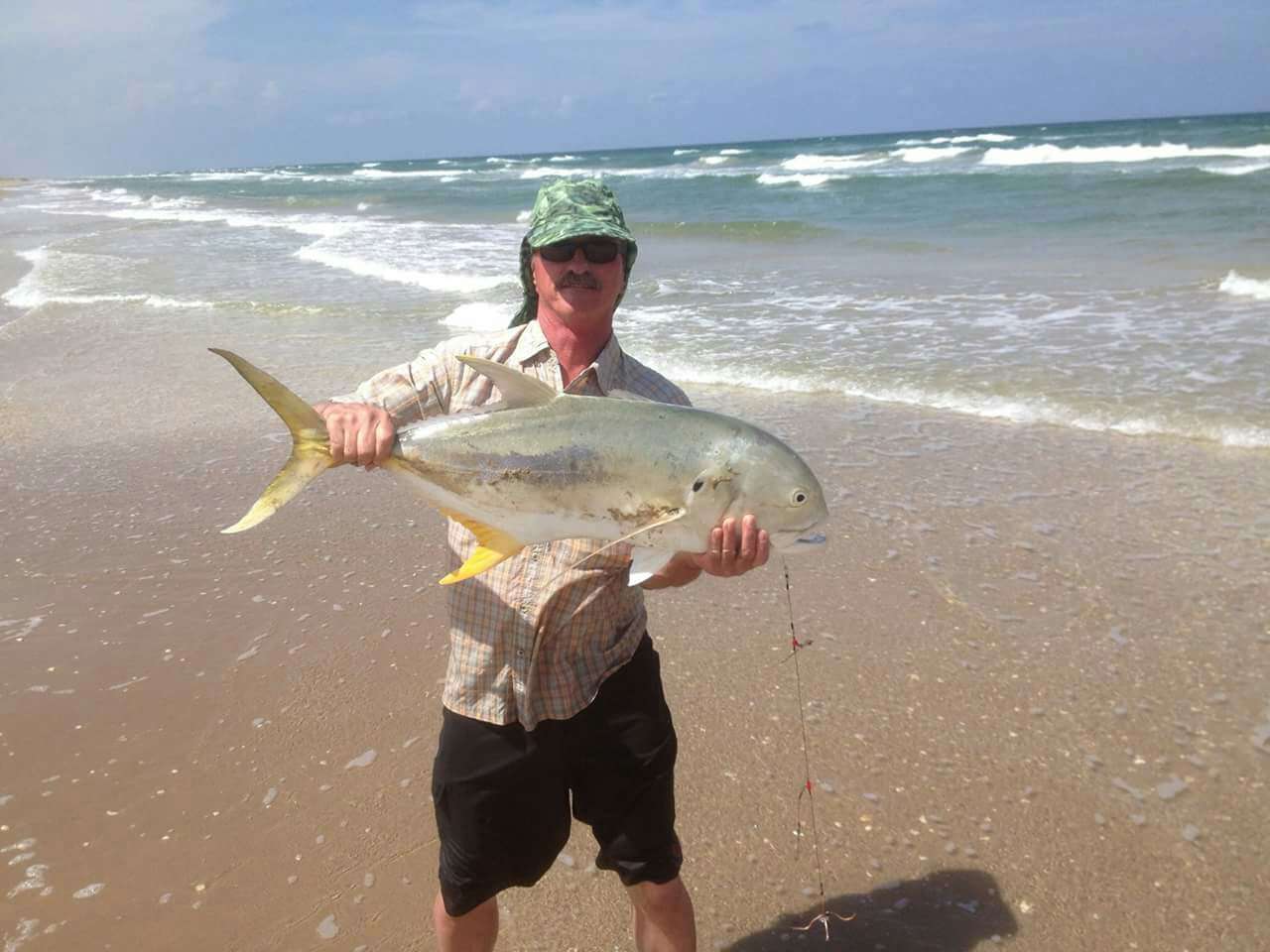